Kim Clijsters off to a good start in Cincinnati 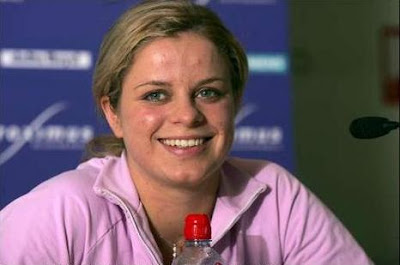 More than two years after retiring as one of the top players in women’s tennis, Kim Clijsters announced her return with a resounding victory over 13th-ranked Marion Bartoli in Mason, Ohio.

Crisp ground strokes and a 28-5 advantage in winners led Clijsters to a 6-4, 6-3 victory in the first round of the Western and Southern Financial Group Women’s Open outside Cincinnati. Clijsters, an unseeded wild card, will face Patty Schnyder in the second round.

“I really feel like my movement is good,” Clijsters said. “It still could be better, but after the pregnancy and everything, I’m happy with the way I feel.”

Clijsters was 23 and ranked fourth in the world when she retired in May 2007, weary of injuries and ready for family life. She married in July 2007 and had a daughter, Jada, in February 2008.

An instant return into the game’s elite would give an adrenaline rush to the women’s tour, but also raise questions about its quality and depth.

Those discussions seemed imminent as Clijsters, more than 27 months after her last match and despite a shaky serve and 31 unforced errors, so easily dispatched one of the game’s hottest players.

Clijsters won 12 of the match’s first 15 points to take a 3-0 first-set lead. Bartoli, who recently beat Venus Williams in the finals at Stanford, pulled even in the set, 4-4, before succumbing. “I think I surprised myself a little bit with that start,” she said.

Clijsters plans to play the next event in Toronto, then the United States Open, where she captured her only major title in 2005.

Not too shabby for someone who's been absent for a couple of years. Good on you Kim!.