It was the Swiss star’s first match of the new campaign as he gets ready for the Australian Open.

Federer won in Melbourne in 2017 after spending six months out with injury.

He competed for the majority of the 2017 campaign and is already tipped to claim more Grand Slam titles in the coming one.

And he admits he’s already found his rhythm after just one match, having struggled to do the same 12 months ago.

This year I feel much more in a rhythm," said Federer on hopmancup.com.

"You get to break point or the moment where you have to serve the first time of the year, and it's a normal thing.

"Whereas last year, I was like, 'Ooh, I hope I'm going to be able to hit my first serves, and I hope it's going to work out as much as it did in the practice'.

"I'm just very happy I was able to have a good level today, and stay calm under pressure.

“I had some good moments moving forward and playing up in the court.

“That's how I want to play for the year. I think it was a great start."

And he also won his mixed doubles at Hopman Cup with Belinda Bencic as well.

Things are shaping up well for Australian Open and another good year :).

Roger Federer hits the beach in Perth before Hopman Cup

Roger Federer loved the off-court outings on his return to Mastercard Hopman Cup in 2017; but if there one was sight the Swiss star didn’t quite manage it was of the famous quokka, despite a visit to the iconic Rottnest Island last year.

So Federer made it a priority to acquaint himself with the local wildlife on his return to Rottnest this time around. Arriving by helicopter and greeted by fans and officials – including West Australian premier Mark McGowan – the highlight of Federer’s afternoon was undoubtedly the selfie he snapped with the famous marsupial.

“I thought it was going to be like a bigger mouse but it’s more like a smaller kangaroo.” said Federer. “But it’s very cute.”

Later, Premier McGowan presented Federer with a toy quokka, appropriately named “Roger”, to pass on to his young family. 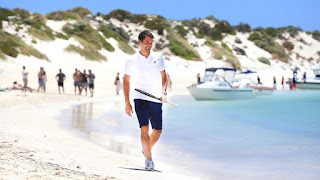 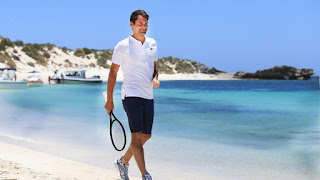 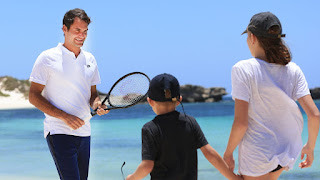 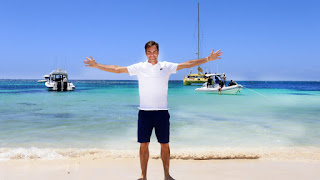 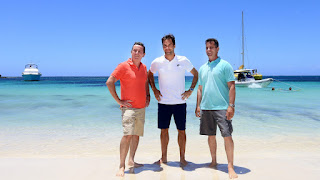 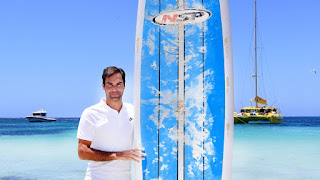 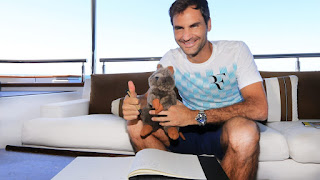 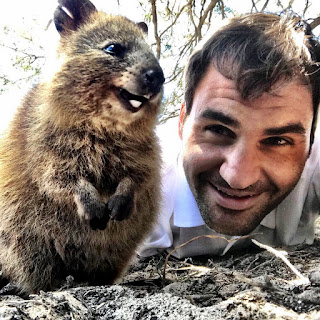 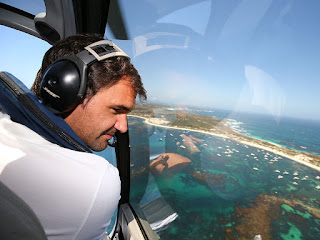 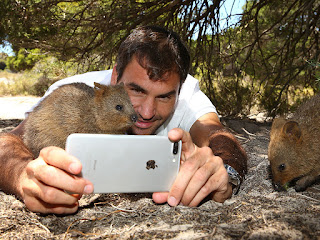 SO jealous!
Posted by Lurker at 12:01 AM No comments:
Email ThisBlogThis!Share to TwitterShare to FacebookShare to Pinterest
Labels: Hopman Cup, Roger Federer, tennis