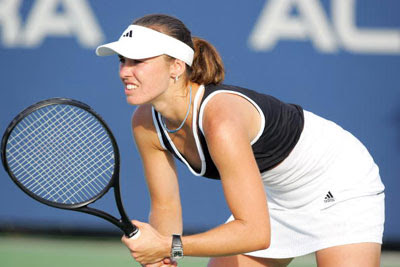 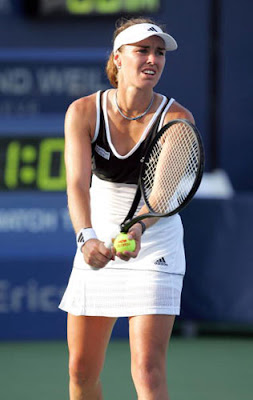 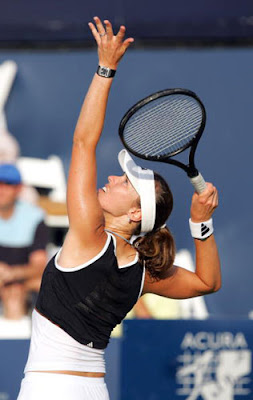 Another tournament another early loss, this one I would say was more surprising then most. Especially since Hingis was in control and broke plenty of times just couldn't convert. And in the end she lost to fellow country woman Patty Schnyder in 3 grueling sets 1-6 7-6 3-6.

This time the loss can't be blamed on the physical side, because Hingis herself said she's feeling 100%. She certainly give it her all throughout the match, I guess Patty just had a better day. As the saying goes "you win some, you lose some".

Instead of analyzing and agonizing over this loss ('cause really what's the point?) I'm moving on to next weeks tournament in L.A. and Roger's Cup right after. It's definitely going to be an exciting couple of weeks in the world of tennis.
Posted by Lurker at 8:05 PM
Email ThisBlogThis!Share to TwitterShare to FacebookShare to Pinterest
Labels: Acura Classic, Martina Hingis, tennis