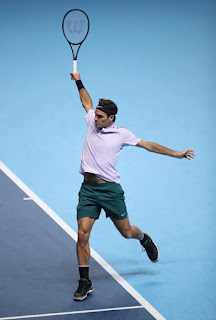 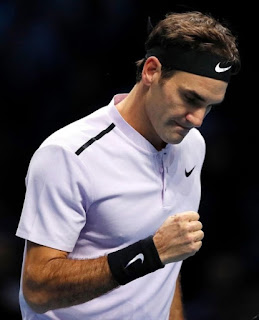 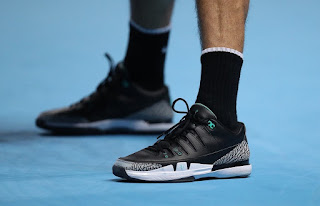 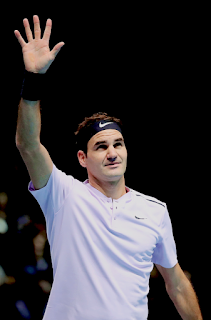 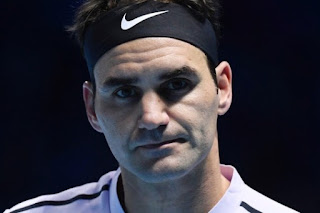 Big forehands make for great highlights and aces for quick games, but variety might be the key to success on the ATP World Tour, and Roger Federer showed a plethora of it on Tuesday night during his 7-6(6), 5-7, 6-1 win against Alexander Zverev at the Nitto ATP Finals.

Federer moved the 6'6” Zverev around the court with drop shots and slices. But the six-time champion was also happy to flatten out his groundstrokes against the 20-year-old right-hander, who had beaten Federer during their only prior hard-court matchup.

Now, after a 2-0 start in London, the 36-year-old Federer is into the semi-finals for the 14th time in his 15th appearance at the Nitto ATP Finals.

“I'm extremely happy... It's been a tough group so to be there in two matches is great,” Federer said.

His win clears up the Group Boris Becker qualification scenarios as well. Marin Cilic, who lost to Jack Sock on Tuesday to fall to 0-2, is eliminated.

The winner of Thursday's Sock vs. Zverev matchup will join Federer in the semi-finals. Sock and Zverev are tied 1-1 in their FedEx ATP Head2Head rivalry.

The third-seeded Zverev, who's making his Nitto ATP Finals debut this week, started strong as well. He had three break points in Federer's opening service game, but Federer saved all three, reeling off five consecutive points. The Swiss would save 9/11 break points for the match.

They blitzed through the opener from there, with six games held to love or 15, until Zverev had to erase two set points at 5-6. In the tie-break, Federer won eight of the final 10 points to take the first set.

Zverev didn't fade, though. He broke Federer for the second time at 5-6 in the second set and evened the match. But the Swiss right-hander outplayed Zverev in the decider, breaking three times and saving the only break point he faced.

nittoatpfinals.com
Posted by Lurker at 6:36 PM
Email ThisBlogThis!Share to TwitterShare to FacebookShare to Pinterest