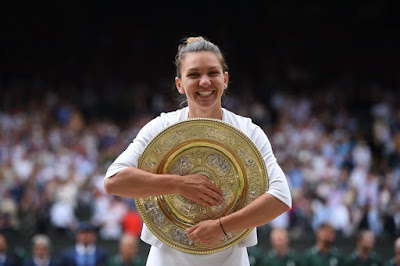 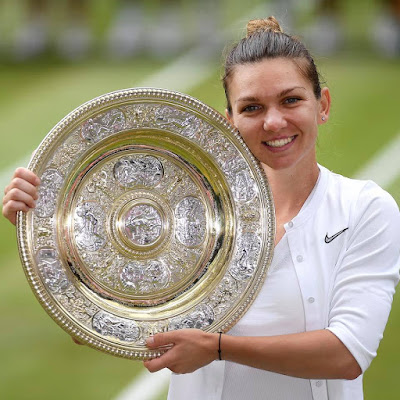 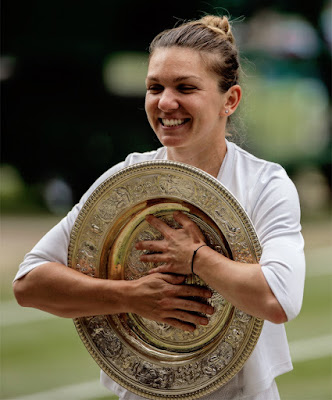 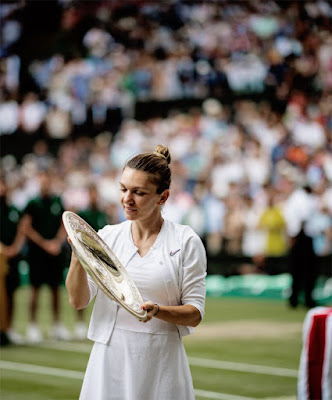 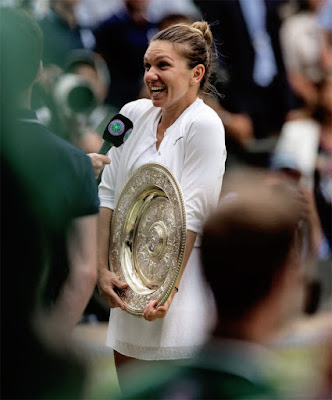 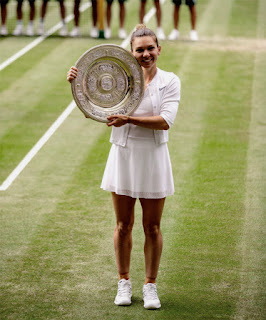 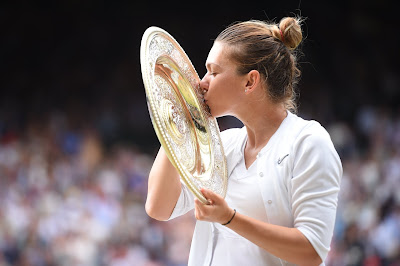 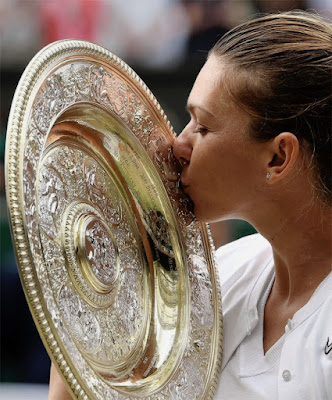 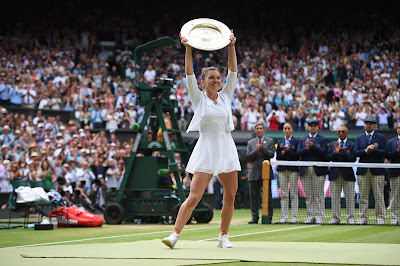 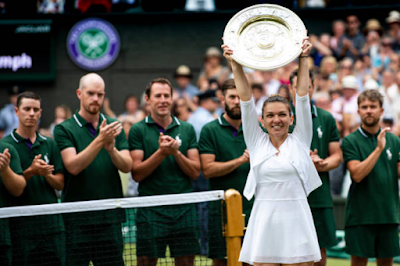 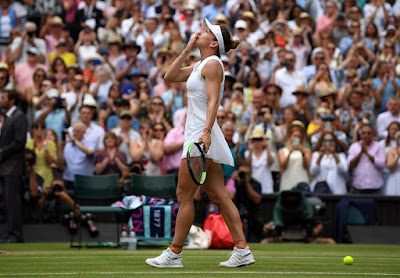 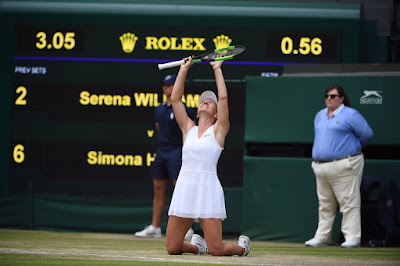 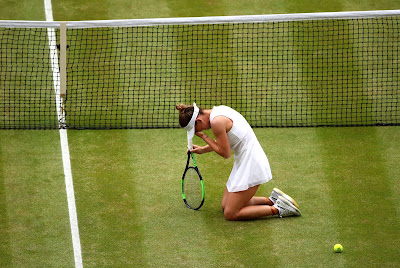 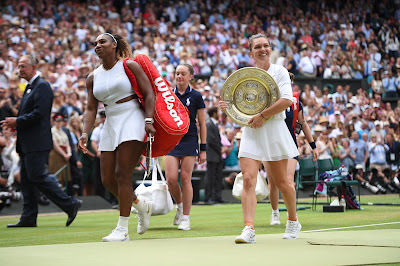 "It feels good," she said to open her post-championship press conference. "I wanted this badly. When I started the tournament, I talked to the people from the locker room that my dream is to become a member here. So today it's real and I'm really happy."

The 2018 French Open champion was playing her first final at SW19 (and fifth overall), while Williams was aiming for an all-time record-tying 24th major title and eighth at Wimbledon, but it was the No.7 seed who secured victory after just 56 minutes on Centre Court.

"I'm very sure that was the best match of my life, and also on grass against her is never easy. So I'm really proud of my game of today and the whole tournament."

Halep had beaten Williams just once in 10 previous encounters - and the American avenged that 2014 BNP Paribas WTA Finals Singapore presented by SC Global round robin loss that same week, in the final - but all three of their Grand Slam meetings had gone the distance, including a three-set thriller at this year's Australian Open.

It had already been a revenge-filled fortnight for the Romanian, who made the final with tricky wins over the likes of fellow former World No.1 Victoria Azarenka, teen phenom Coco Gauff, and two nemeses in Zhang Shuai and No.8 seed Elina Svitolina, both of whom led their head-to-heads with Halep ahead of their All England Club clashes.

The first set, in turn, saw the former World No.1 play some of her best tennis of the tournament as she raced out to a 4-0 lead behind some sparkling defensive play. Williams soon got her footing as she cranked in some powerful first serves, but Halep was undeterred, serving out the second on her second opportunity.

"Today I just went for it like in Singapore. I had that image in my head. I really believed there is the chance to do the same thing. I knew I have to stay there every ball. Otherwise, when she comes back, she's very powerful."

Williams began the second set keen to pump herself up, getting on the board early and opening up a 30-30 opportunity on her rival's serve in the very next game.

"I think she was getting so many balls back," Williams noted after the match. "I do have a strategy for players that do get a lot of balls back, which I thought about far too late. I think I was overhitting it, trying to go for too much. She was getting just a tremendous amount of balls back."

Playing to win her second straight major final - and first since capturing that Roland Garros crown last spring - Halep remained focused and kept in front, winning the final four games of the match to ease over the finish line.

"Set and 5-2 when I was serving, after few points during the match, I looked at the scoreboard. I said, 'Okay, it's 5-2, it's real,'" Halep mused. "Then I just played every ball. I didn't think about the score at all.

"I felt my legs that are very soft after I won the last point. I didn't know actually how to react. I just did natural what it came in my inside. It's tough to describe the moment. You just feel,light, you feel everything is beautiful, and you just try to enjoy."

It was a pitch-perfect match for Halep, who struck just three unforced errors in two sets - and 13 winners - and converted four of five break point opportunities while allowing Williams just one break point chance on her own serve.

As for the American, she will rue 26 unforced errors and a 68% first serve percentage that helped the No.7 seed get into return games and keep the seven-time Wimbledon winner off-balance throughout.

Halep improves her Grand Slam final record to 2-3 and looking ahead to next week, she is tentatively set to return to the Top 4 on the WTA rankings, having dropped to No.8 after Roland Garros.

"The finals I lost in the past helped me for sure to be different when I face this moment. It's never easy to face a Grand Slam final. You can get intimidated by the moment. You can get nervous, too nervous.

"I have learned that it's a normal match, not thinking that much about the trophy, just going there and try to be the best as you can. So I did that. I said that every time I would play a final of Grand Slam, I will do exactly the same thing. So today I did it."

Well this Wimbledon just keeps getting better doesn't it?.

Don't think anyone saw this coming. I haven't talked about Simona much these past 2 weeks, but she has been mighty impressive throughout.

Seems like I never talk about her enough, I should really start because boy is she a joy to watch.

And what she did today was absolutely fantastic.

She used her biggest weapon her speed against a 23-time Grand Slam Champion who she had a 9-1 H2H with.

After the first set when she won it in about half an hour thanks to some incredible returning and court coverage I really thought her level would dip, or she would get nervous as she got closer to the finish line.

But instead she surprised everyone with her calmness and poise as she served for the Championship.  Today she came out with a plan and executed it to near perfection.

It was wonderful to see.

It seems like all those heart-breaking losses she's had at Grand Slams helped her to pave the way for performances like this.

One can even go as far as saying maybe they had to happen for her to finally believe in herself.

The 2018 Roland Garros win has been the catalyst to the new Simona Halep and her fans all over the world could not be happier for her.