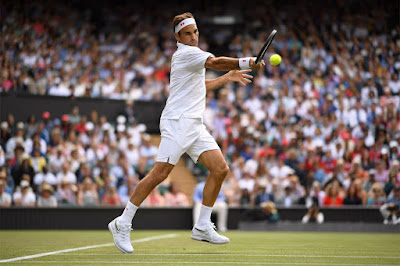 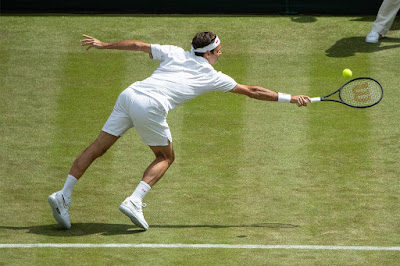 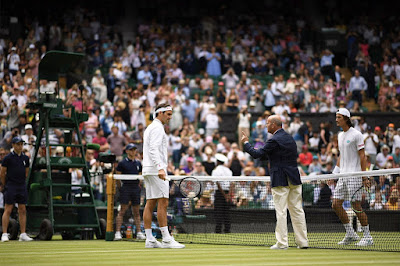 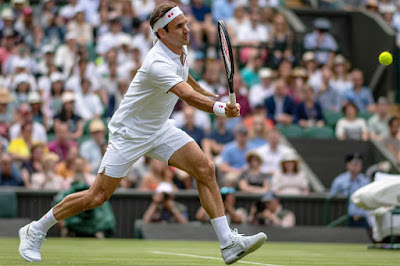 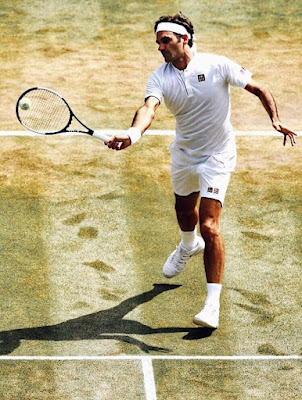 Roger Federer walked on No. 1 Court Thursday with a 16-1 record in the second round at Wimbledon. And although his wild card opponent, #NextGenATP Brit Jay Clarke, put forth an admirable effort in front of his home crowd, that record was not blemished any further.

Federer overcame a tight second set to beat Clarke 6-1, 7-6(3), 6-2, advancing to the third round at SW19 for the 17th time, equalling Jimmy Connors’ Open Era record. It is his 70th trip to the third round of a major, extending his own record.

In the first round, Federer faced a slight bump, losing the first set against South African Lloyd Harris. But he was much sharper from the first ball against Clarke, moving on after one hour and 37 minutes, striking 46 winners to just 26 unforced errors in a clean match for the eight-time champion.

"It was a good start to the match, which is always nice, especially after the last game, trying to do a better job there," Federer said. "I was trying to be more aggressive than in my previous match. I was able to do that. Also the reaction was good again in the third [set]. Obviously was a bit tight in the second, but I was able to hold my nerve and serve well when I had to."

He was sure to get off to a quick start, breaking serve twice in the opening set and swooping into the forecourt successfully often, winning 10 of 13 net points in the first.

If Clarke was going to work his way towards a stunning upset, he had to pull through the second set, in which he was strong on serve to reach a tie-break. But after taking an early mini-break when Federer missed a sitting forehand volley, the Swiss buckled down, winning six of the set’s final seven points. He hit his seventh ace of the match to close out the tie-break.

"In the second set, I think he did very well to stay with me. Every time he got a little bit close on his service games, he was able to produce something special," Federer said. "He had his chances in the breaker, where I donated him a missed volley. He could have pulled away. I was able to come back right away. But I liked what I saw in Jay."

Federer did not lose a first-serve point in the final two sets (30/30), winning 91 per cent of points on his first delivery in the match. He saved the two break points he faced.

"It was very much dominated by my serves, I thought my service games. Then on the return, just tried my best," Federer said. "Sometimes it was working, sometimes not, which is normal I think on the grass."

Federer now has 97 wins at Wimbledon, as he continues his pursuit to win 100 matches at a single tournament for the first time. The 37-year-old is trying to win his ninth Wimbledon crown to extend his own record at the grass-court Grand Slam.

Federer will next face No. 27 seed Lucas Pouille, who beat fellow Frenchman Gregoire Barrere 6-1, 7-6(0), 6-4 in one hour and 37 minutes. The second seed won his only previous FedEx ATP Head2Head match against Pouille in straight sets, but that came five years ago at the Rolex Paris Masters.

Pouille has proven capable of making a deep run at a Grand Slam, advancing to the semi-finals at this year's Australian Open. The 25-year-old hit 39 winners in his triumph.

Did You Know?
Federer is now 10-0 against wild cards at the Grand Slams, and he is 66-8 against wild cards at tour-level events. He has never lost a match at a major against a player ranked as low as World No. 169 Clarke. The Swiss fell to World No. 154 Mario Ancic in the first round of 2002 Wimbledon, and upon his return the next year he captured his maiden Grand Slam crown.