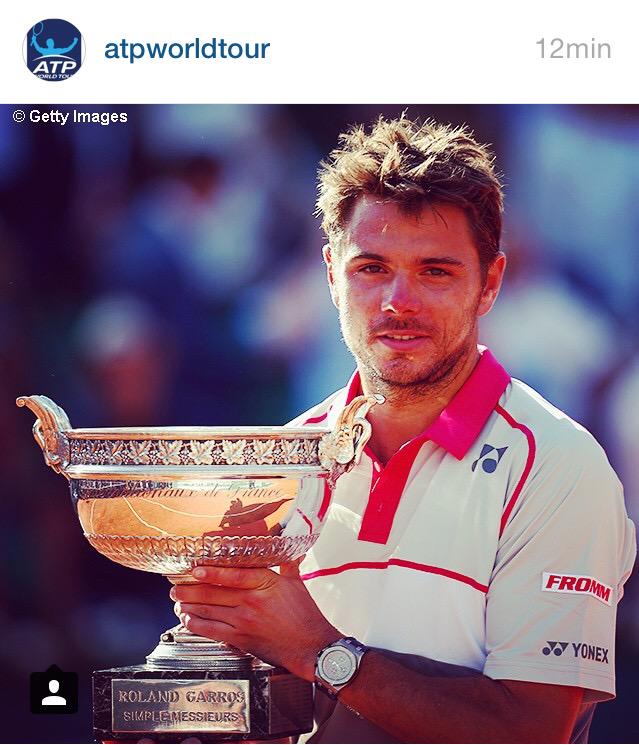 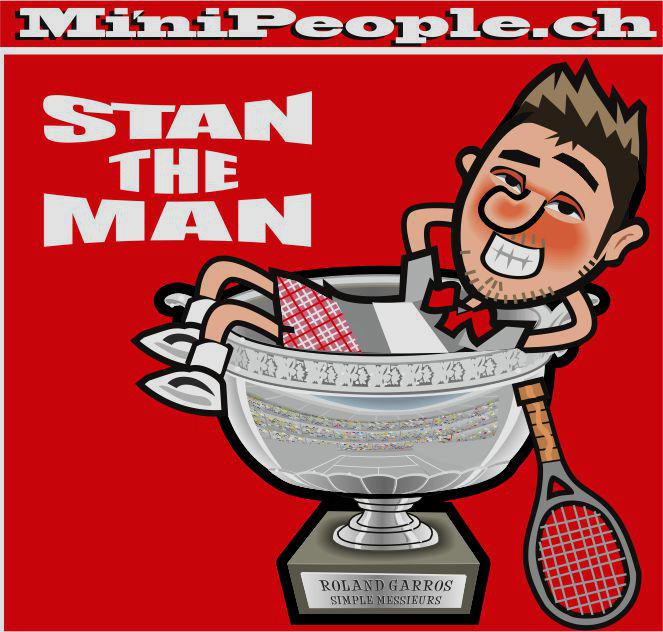 Stan Wawrinka captured his second Grand Slam championship and denied Novak Djokovic a slice of history on Sunday in Paris as he rallied from a set down to beat the Serb 4-6, 6-4, 6-3, 6-4 in the Roland Garros final.

The Swiss was warmly congratulated at the handshake by Djokovic before climbing into the stands to celebrate with his coach, Magnus Norman – the runner-up at Roland Garros in 2000 – and his family. He then returned to the court to embrace Djokovic once more.

Three-time Roland Garros champion Gustavo Kuerten, who beat Norman in the 2000 final, presented La Coupe des Mousquetaires to Wawrinka. There was a special and prolonged ovation for three-time runner-up Djokovic, who was moved to tears by the reception he received on Court Philippe Chatrier.

Wawrinka was rewarded for playing lights-out tennis for much of the three-hour, 12-minute contest. He struck 59 winners, almost twice as many as Djokovic, and never let his head drop as the Serb relentlessly fended off break points. After rallying from 0/40 down in the eighth game of the fourth set – having already been a break down – Wawrinka red-lined a backhand winner to break Djokovic and served out the contest, saving break point before finishing with another lethal backhand.


Wawrinka will return to the Top 4 in the Emirates ATP Rankings on Monday after joining Roger Federer (2009) as the only Swiss champions at the clay-court Grand Slam. The Lausanne native added to the Australian Open crown he won in January 2014 (d. Nadal), making him just the sixth active player to win multiple major titles.

The 30-year-old Wawrinka, who won the boys’ singles title in Paris in 2003 (d. Baker), is the first former junior champion to lift the men’s singles trophy since Mats Wilander in 1988.

Wawrinka had beaten 17-time major champion and good friend Federer in the quarter-finals before denying home favourite Jo-Wilfried Tsonga in the semi-finals. At 30 years and 71 days, he is the third oldest first-time Roland Garros champion in the Open Era.

World No. 1 Djokovic was bidding to become the eighth man in history to complete the career Grand Slam. It is the third time that the Belgrade native has finished runner-up in Paris, having fallen to Rafael Nadal in the 2012 and 2014 finals.

The Serb had stunned nine-time Roland Garros champion Nadal in straight sets in the quarter-finals before edging Andy Murray in a five-set semi-final that spanned two days.

Djokovic was looking to win his ninth Grand Slam championship, having opened the 2015 season by triumphing at the Australian Open (d. Murray). The right-hander suffered just his third defeat of the season and saw his 28-match winning streak come to an end; his last defeat had come against Federer in the Dubai final.

Stan is the man once more!.  Who would have thunk it?!.  Don't think many people saw this coming.

Everyone thought Djokovic was an automatic shoe in after beating Nadal, I gotta admit I felt so sad for him this time.

He fought so hard to finally dominate Nadal & get past Murray only to lose in the last hurdle.

I think everyone also thought that Stan would be a one Slam wonder for a while, but he's proven otherwise.

Since Federer couldn't win it this year, having Stan win as the Swiss #2 makes for a nice consolation prize as a Swiss tennis fan.  It also kind of justified Federer's loss to him in the quarters.