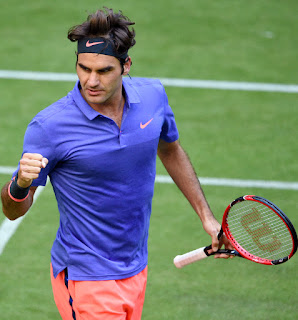 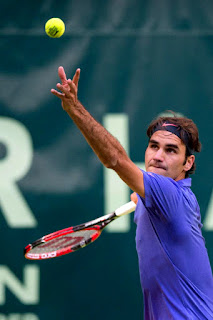 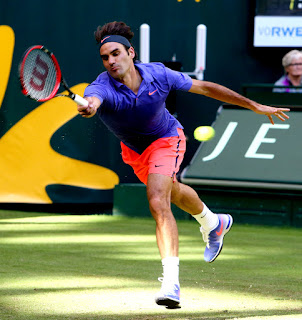 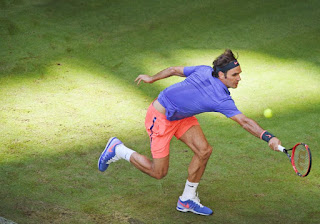 
Roger Federer got away with a close call in the opening round of his favorite Wimbledon tune-up event, beating Philipp Kohlschreiber 7-6 (8), 3-6, 7-6 (5) at the Gerry Weber Open on Monday.

Federer is seeking his eighth title in Halle, a grass-court tournament that is traditionally his preparation for Wimbledon, where he will be chasing a record eighth title later this month.

“We were not happy with the draw,” the top-seeded Federer said. “He could have won today and would have deserved it. I was lucky, although I’d already been thinking that this may not be my day.”

Federer mixed some spectacular moves, including a behind-the-back shot when caught on the wrong foot, with some uncharacteristic errors. He appeared irritated by a late challenge by the German and hit a volley wide to drop serve. Federer’s backhand into the net gave Kohlschreiber the middle set.

Federer wasted two match points at 5-4 in the third and trailed 5-3 in the tiebreaker, with Kohlschreiber having an opportunity to serve out the match.

But he missed with a slice and then slipped while trying to reach a shot. With the score at 5-5, Kohlschreiber hit a wild smash way out of court and then his return ended in the net, giving Federer the victory. Federer improved to 9-0 in head-to-head meetings with the German.

“I know him well, we practice together, we know each other’s game,” Federer said. “The first round on grass is always difficult and complicated.”

Alejandro Falla of Colombia defeated Lukas Lacko of Slovakia 6-4, 3-6, 6-1 in a match between two qualifiers.