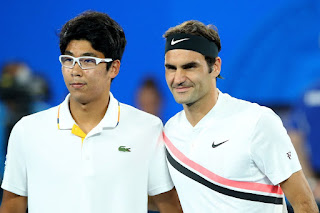 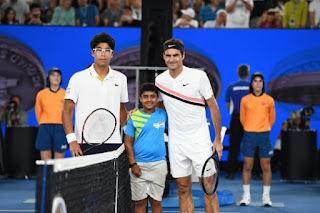 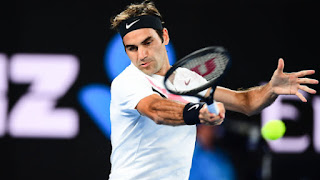 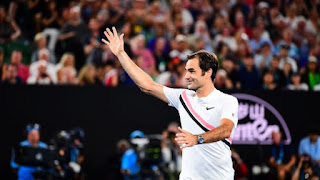 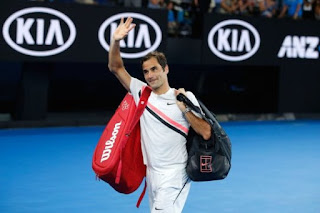 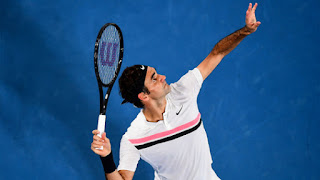 Roger Federer is one win away from a "special 20" in Melbourne. The Swiss will face Marin Cilic in Sunday's Australian Open final, with the opportunity to win his 20th Grand Slam championship and sixth at Melbourne Park.

Federer, the defending champion at Melbourne Park, booked his place in a 30th major final when leading 6-1, 5-2 against South Korea’s Hyeon Chung, the Next Gen ATP Finals winner, who retired due to blisters on his left foot.

"20 times special," said Federer. "It would be amazing. I can't believe how fast now the week has turned out to be. It ain't just an easy trip to the finals. There's always a lot of work that goes into it during the tournament, focus, and also preparation beforehand. For many weeks and months before, you try to put yourself in the position, are you going to be ready in case a good semi-finals or quarter-finals match at the Australian Open, so forth.

"This is something you sort of plan from a long time ago. That's why when it does happen, it's a great feeling. Rewards the hard work in my team. It shows us that we did a lot of things right in the off-season, as well. That always gives you confidence, especially moving into the semis and finals when you're starting to hit the ball very nicely after the first few matches where it's always a bit more difficult."

The 36-year-old Federer will contest his seventh Australian Open final (5-1) against sixth-seeded Croatian Marin Cilic on Sunday night. It will be a repeat of last year’s Wimbledon final, which Federer won in straight sets against an ailing Cilic. Federer has an 8-1 FedEx ATP Head2Head series lead over Cilic, with the Croatian's lone win coming in the 2014 US Open semi-finals, when he went on to win his only major title (d. Nishikori).

Twelve months ago Federer was preparing to face his greatest rival, Rafael Nadal, in the final at Melbourne Park, both at the climax of a wonderful comeback from their respective injuries and time away from the Tour. The past year has seen Federer take his Grand Slam tally to 19, with victories in Melbourne and Wimbledon, and come close to reclaiming No. 1 in the ATP Rankings.

The Basel native has returned to this position in Melbourne with a near-perfect run through the draw, not dropping a set in his bottom half passage. There was much excitement around his semi-final with the 21-year-old Chung, who had upset Alexander Zverev and Novak Djokovic to reach his maiden Grand Slam semi-final. The Next Gen ATP Finals champion was thwarted by his blisters, but not before Federer had a chance to glimpse the right-hander's potential.

"I thought the first set was normal," Federer told Jim Courier, in an on-court interview. "I couldn't tell what was going on with my opponent. In the second set I felt he was getting slower. He's had a problem with the blister. It hurts - a lot. At some point it's too much and you make things worse. Clearly I'm happy to be in the final but not like this. He's had such a wonderful tournament.

"Fighting was a problem today. I could tell something was wrong, but he has a great composure. I think he's going to achieve next level excellence - Top 10 [in the ATP Rankings] for sure. I can see why he beat Novak (Djokovic) and Sascha (Zverev). He's going to be a great, great player."

Despite a lack of pace on serve, Chung maintained his position on the baseline as Federer tried to lift the power level early to break in the first game. Unsure of Federer’s service patterns, Chung continued to fight, but under a closed roof on Rod Laver Arena – as a result of rain – the Swiss star’s confidence grew in the controlled conditions. Federer, who had a closed practice earlier, worked on taking pace off the ball in the session. He moved to a 4-1 advantage when Chung struck a forehand long, and two games later – after Chung fired down an ace, then a double fault – Federer converted his fifth set point opportunity to take the 35-minute opener. Federer hit only 32 per cent of his first serves into court, but his 14 winners – and drawing Chung to the net – did the damage.

Federer continued to show Chung the kind of level he needs in a major semi-final and broke for a 3-1 lead courtesy of a backhand winner past his Korean opponent. Chung received on-court treatment for a blister on his left foot after the fifth game – having won 19 of 51 baseline rallies. Two games later, Chung walked to the chair umpire to end the 63-minute encounter, the pain obviously too much.

Federer lost just one of his first-service points (15/16), converted four of his 11 break point opportunities and his 24 winners, including nine aces. World No. 58 Chung struck three double faults and six winners.

Well this turned out to be very anti-climatic.  Which is too bad it would have been a hell of a match otherwise.

But it's pretty much a guarantee the final won't be.  Cilic is playing fantastic and Roger will have to fight for it I'm sure.

So I hope he comes out ready, with a high serving percentage. I want him to win in 3 sets, but I know Cilic is a fighter so something tells me the final will go five.

Still going with Roger as the victor though.  Is is Sunday yet?!.

I must also say that for the first time in many years, I am extremely excited for the women's final on Saturday with Simona Halep and Caroline Wozniacki.

Both players going for their maiden slam.

I'm a little split on who I want to win, because both of them more than deserve it.

But I would really like it to be Simona because she's really had to fight for this one (with a sore ankle to boot! ).

And given the heart break she had last year at the French Open she more than deserves for things to go her way this year.

More importantly I think she's ready to take it this time.  And I can't wait to see that.
Posted by Lurker at 5:47 PM
Email ThisBlogThis!Share to TwitterShare to FacebookShare to Pinterest
Labels: Aussie Open, Roger Federer, tennis