Roger Federer overcomes another slow start in his 100th match at U.S. Open 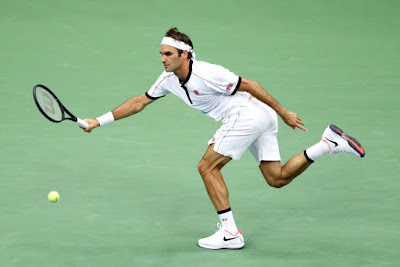 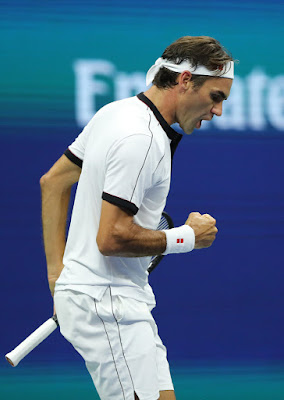 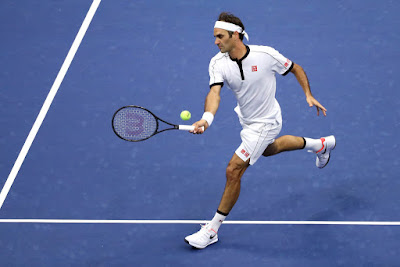 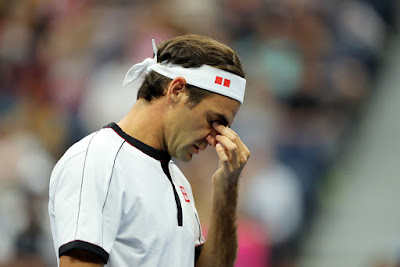 Third seed Roger Federer shook off a slow start against Damir Dzumhur in their second-round clash on Wednesday at the US Open, rounding into form to produce a 3-6, 6-2, 6-3, 6-4 victory.

The Swiss, competing in his 100th US Open match (87-13), remained flawless in second-round matches in New York (19-0). Federer was made to work once again, having also dropped the opening set in his first-round clash on Monday against Indian qualifier Sumit Nagal. The five-time US Openchampion hadn't won from a set down in consecutive matches since 2014 Dubai (d. Djokovic and Berdych).

Dzumhur hadn’t taken a set off Federer in their two previous FedEx ATP Head2Head meetings, but the World No. 99 in the ATP Rankings was unawed by competing in Arthur Ashe Stadium. The Swiss looked out of sorts in the early stages of the match, hitting eight winners to 17 unforced errors as Dzumhur raised his level in crucial moments.

"He was my idol. He was a person out of the court and on the court I was following... He was definitely, for me, the best player in tennis history," Dzumhur told ATPTour.com before his latest clash against Federer. “I just think that I have to get in the match to try to play good, to try to do what I was doing in practice... If I play a really good game, I can always make trouble for any player."

After pondering his form at the changeover, Federer came out in full flight to start the second set. Pinning Dzumhur to the baseline with increased pace on both wings, the Swiss leapt in the air after rifling a forehand winner to hold serve for a 4-1 lead. Three games later, a double fault from the Bosnian levelled the match after one hour of play.

The third-set scoreline didn’t reflect the numerous challenges posed to Federer throughout. Dzumhur held at least one game point in five of the nine games, but Federer continued to come up with the goods - a backhand passing shot in the second game, a cheeky drop shot in the fourth game and a forehand winner in the seventh game - to keep bringing the score back to deuce. The Swiss took a commanding lead with an ace, marking his 43rd total winner of the match.

Federer scored an early break at 1-1 in the fourth set and the slight advantage was all he needed. A strong first serve from the Swiss wrapped up the match after two hours and 21 minutes.

Next up for Federer is No. 25 seed Lucas Pouille of France or Brit Daniel Evans. Federer is 2-0 against both men in their respective FedEx ATP Head2Head rivalries and hasn't dropped a set to either player.

Dropping the first set in 2 matches is worrisome for any Fed fan. But I'm still hoping it means he will improve as the week goes on.
Posted by Lurker at 6:10 PM
Email ThisBlogThis!Share to TwitterShare to FacebookShare to Pinterest
Labels: Roger Federer, tennis, U.S. Open