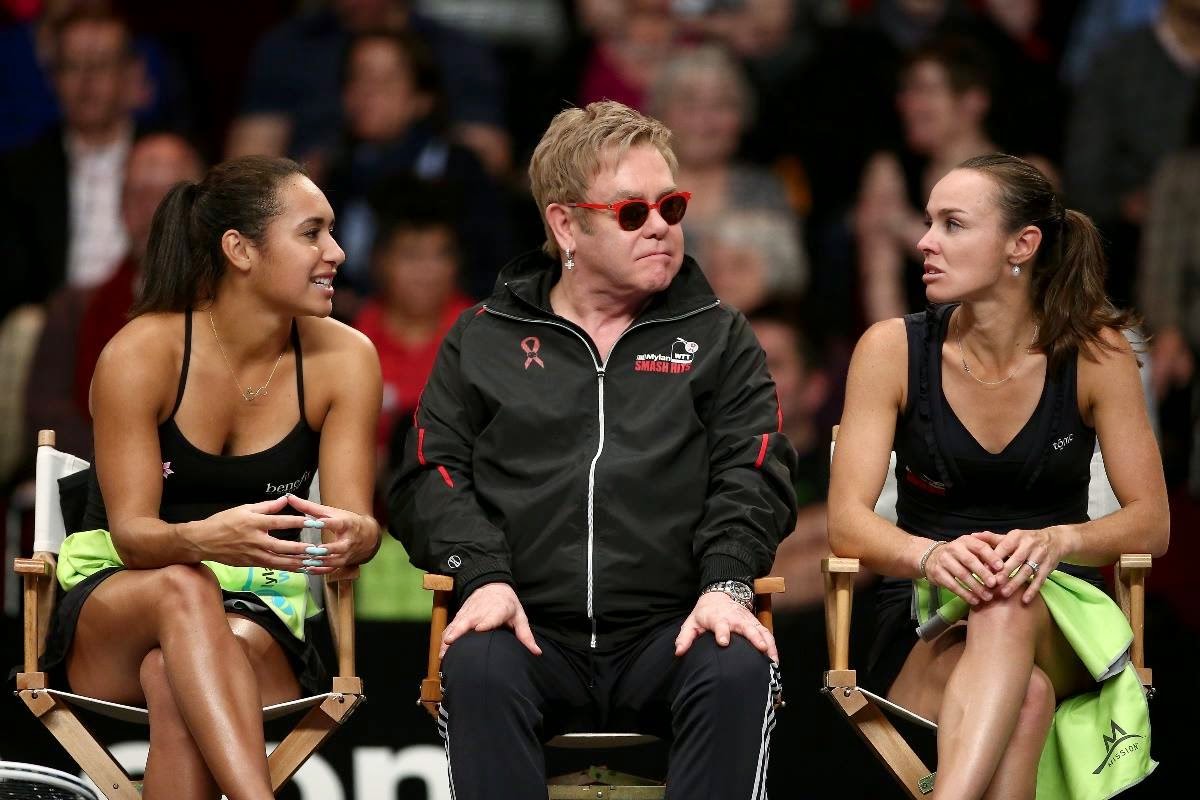 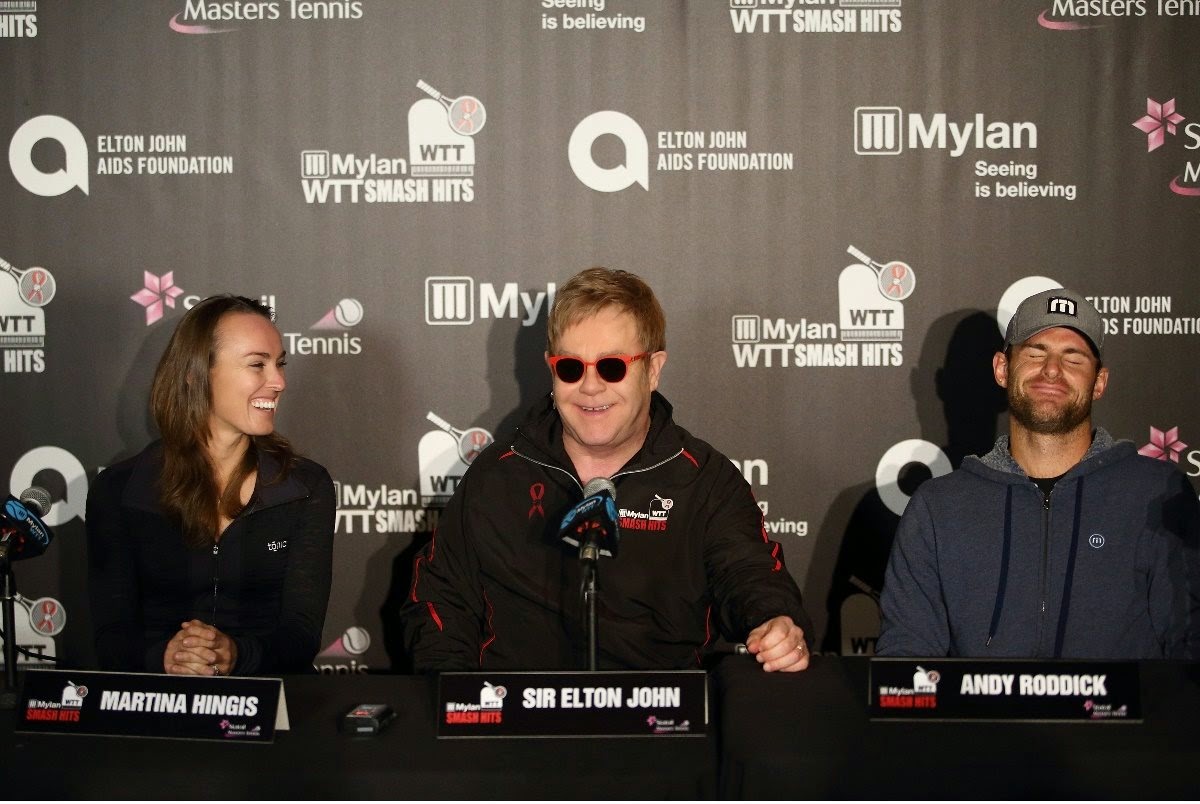 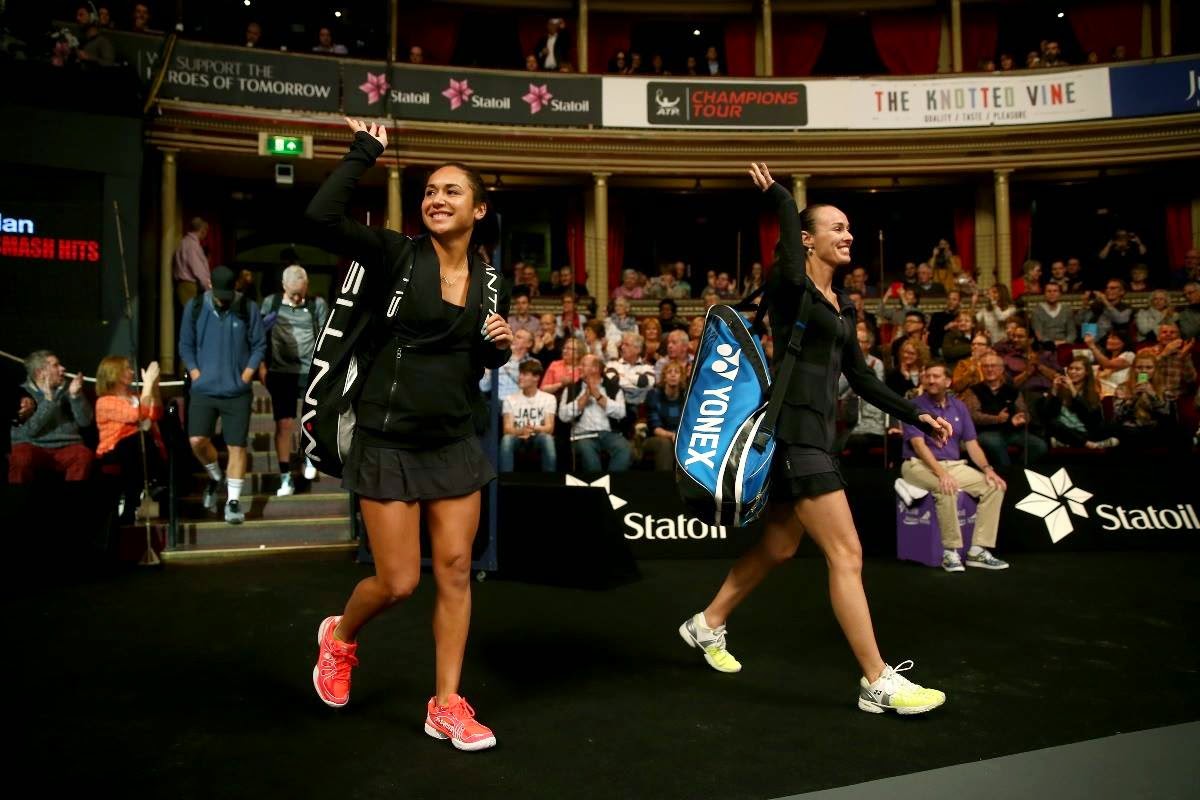 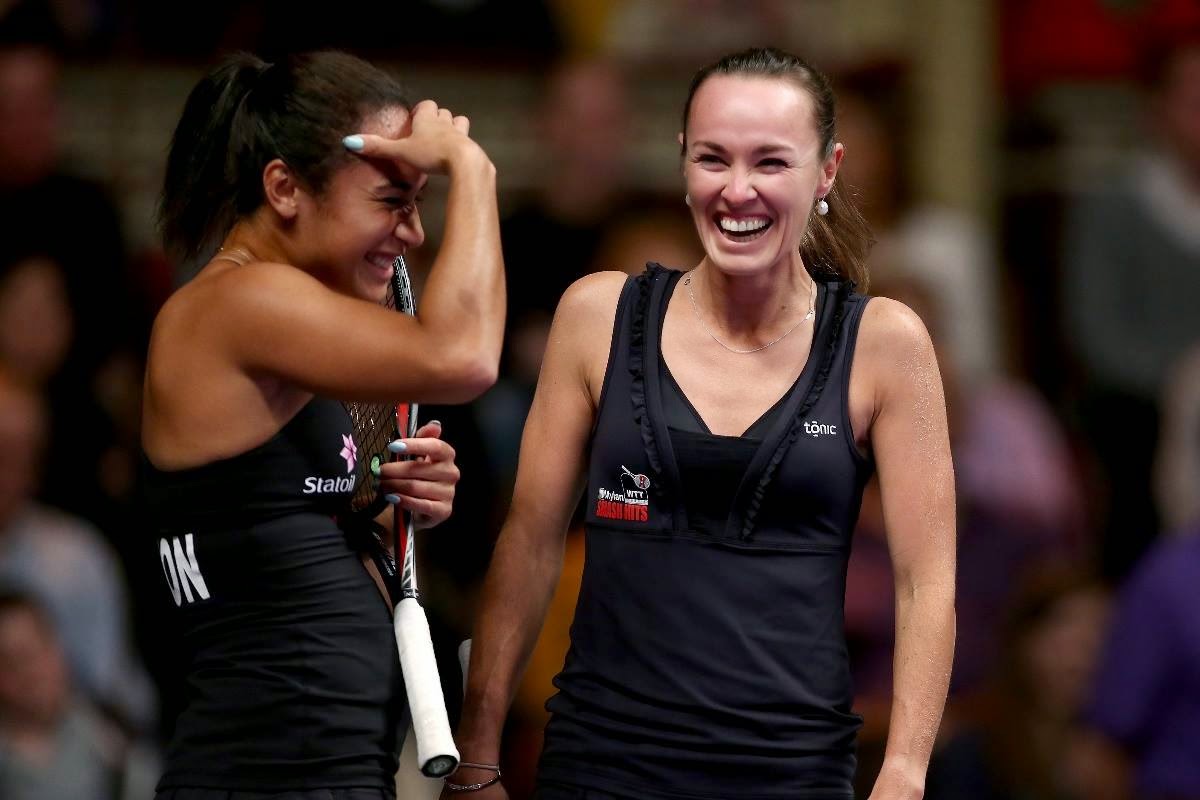 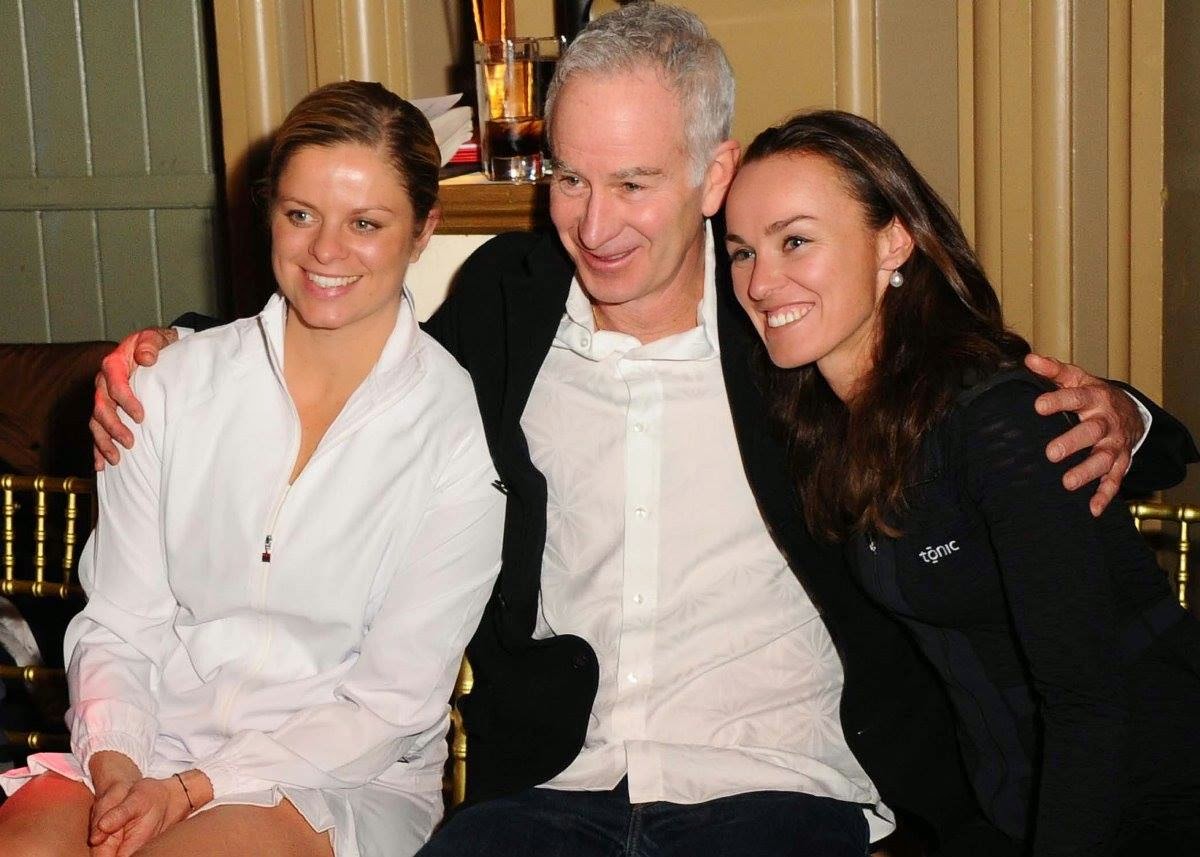 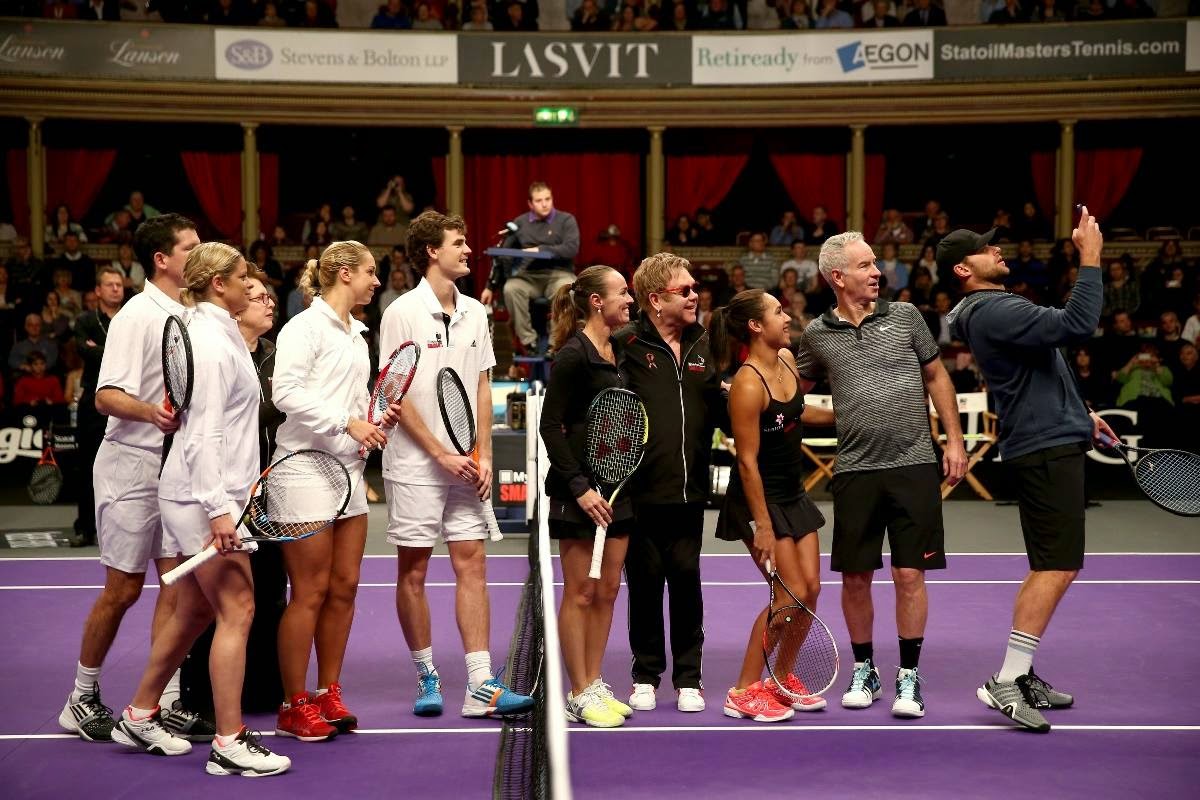 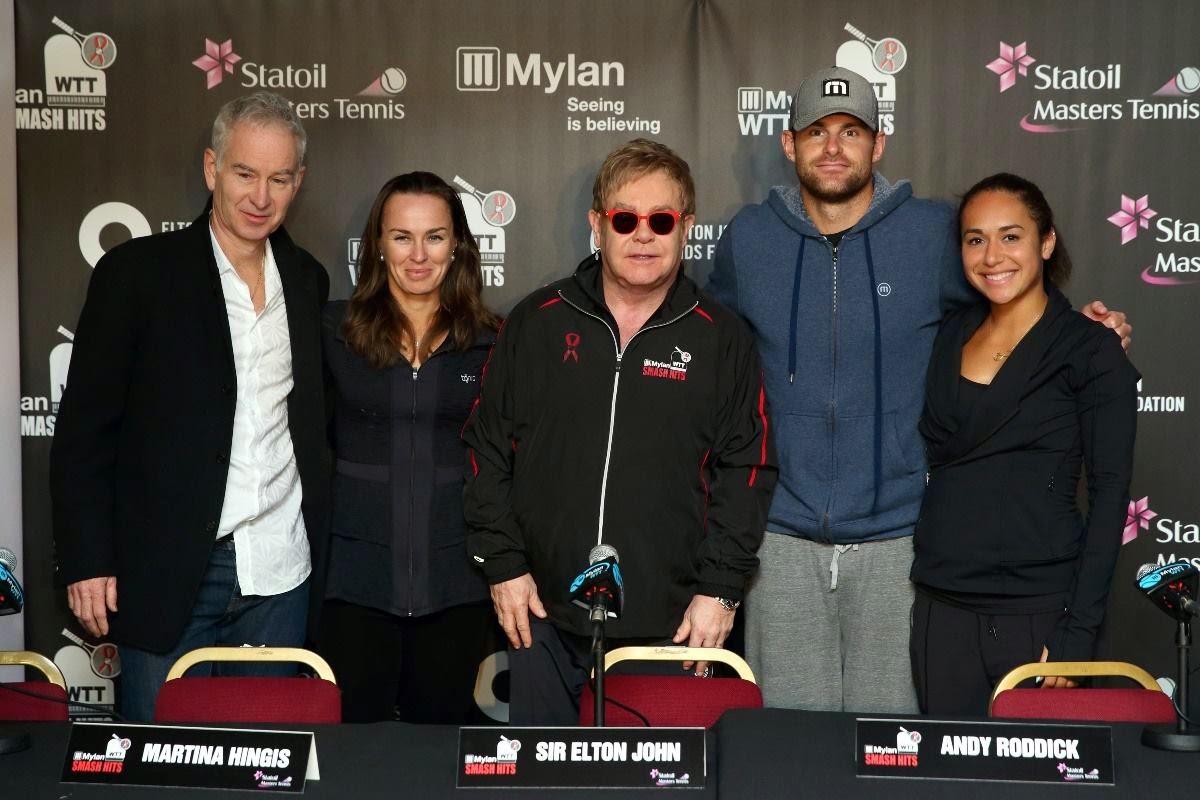 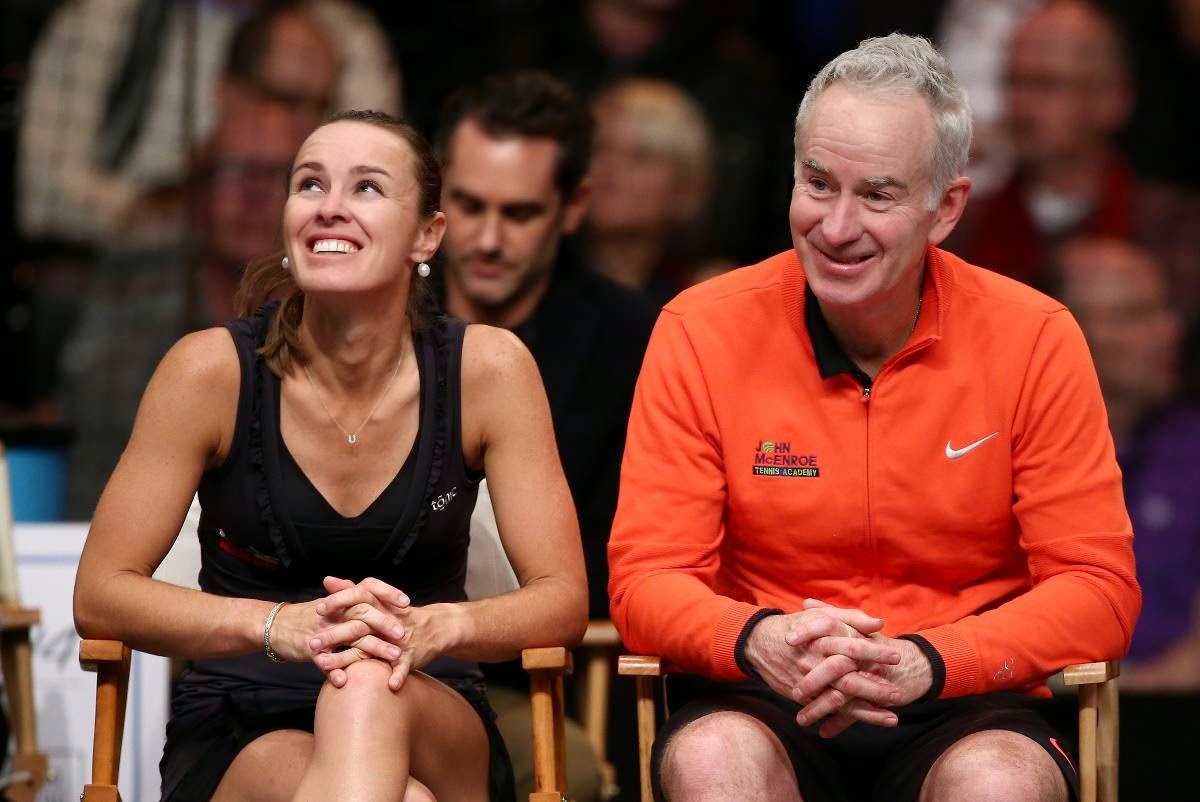 It was the 22nd edition of Mylan WTT Smash Hits and Team Elton went in with an 11-10 head-to-head lead. But Team Billie Jean came out with the victory this time, evening that head-to-head up, 11-11.

The night featured five matches, starting with Hingis and Watson beating Clijsters and Lisicki in women's doubles, 5-4, followed by Tim Henman and Jamie Murray beating John McEnroe and Andy Roddick in men's doubles, 5-0. Lisicki then beat Watson in women's singles, 5-3, followed by Hingis and McEnroe beating Clijsters and Murray in mixed doubles, 5-3. The on-court action wrapped up with a 5-3 victory for Henman over Roddick in men's singles. Team Billie Jean beat Team Elton, 22-16.

But the big picture was the more than $1 million raised, which brings the 22-year event total to over $13 million to support HIV and AIDS prevention and awareness. The live auction before the on-court action brought in over $247,000 of that amount, the top-selling items being US Open ticket packages, a Wimbledon package featuring a visit with McEnroe, and an autographed Elton John piano bench.

"This is a wonderful evening," Elton John said to the capacity crowd. "Without Mylan, we couldn't possibly do this. They've made drugs for HIV positive people and we're an HIV positive AIDS foundation, so the two of us fit hand and glove very well and it's a wonderful relationship. It would be wrong of me not to acknowledge the extent of the generosity Mylan has given us, which is immense."

Click here to see more pictures from Sunday night's event, and check out the below videos for a glimpse into just what makes Billie Jean King and Elton John such a perfect mixed doubles team...

wtatennis.com
Posted by Lurker at 12:00 AM
Email ThisBlogThis!Share to TwitterShare to FacebookShare to Pinterest
Labels: Kim Clijsters, Martina Hingis, tennis